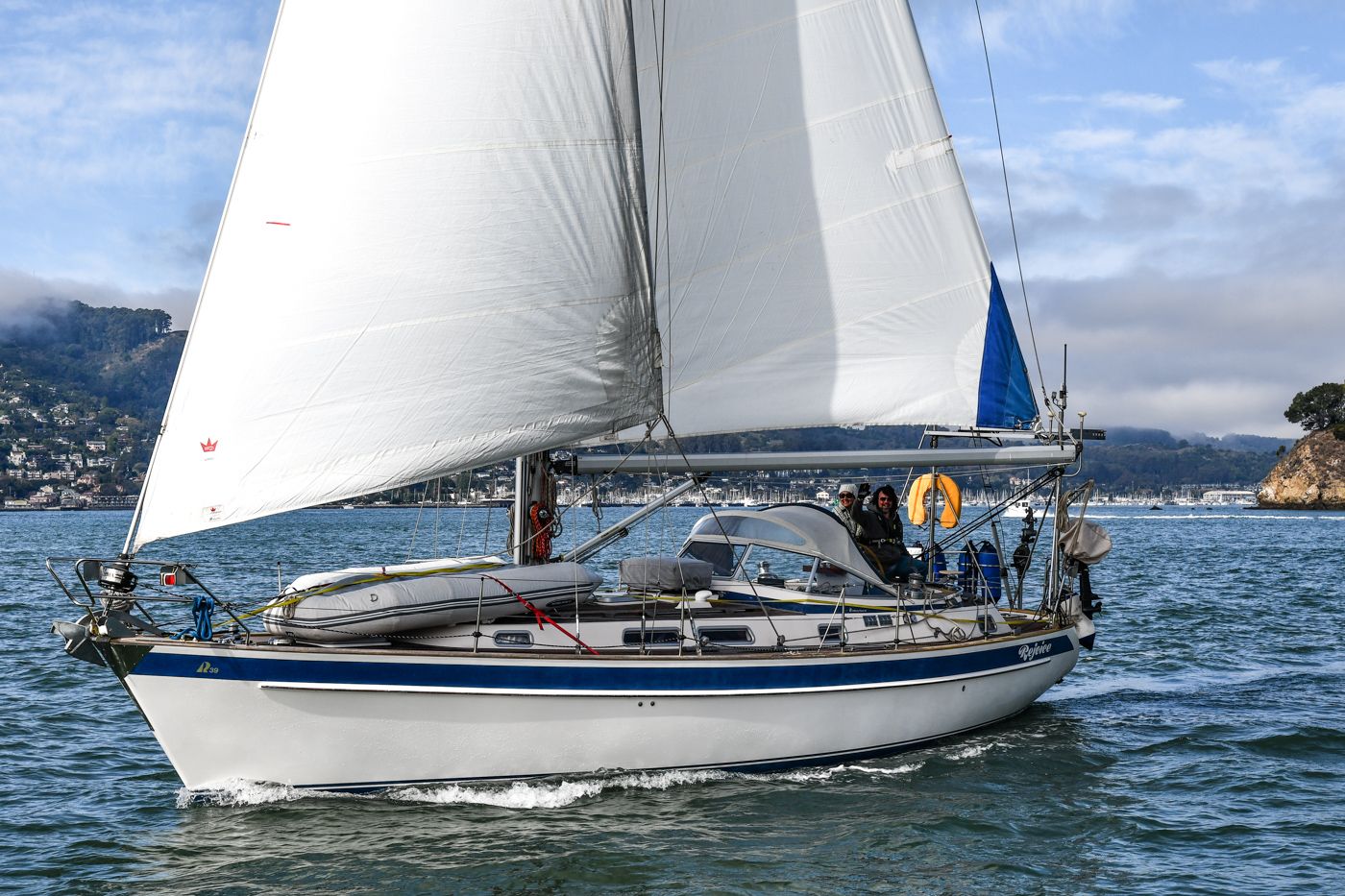 We're Rejoice's fourth owners. Steve Hannon called her Beltane and bought her from the factory in Ellös, sailing her from Sweden to through Europe and then across the Atlantic on the 2000 Atlantic Rally for Cruisers. Later he single-handed her from British Columbia to Alaska. Most of Rejoice's systems were first set up by Steve, and every day we're grateful for his experience and care. Steve was gonna need a bigger boat and sold her to Ron Weinert in 2008, moving to a Hallberg-Rassy 46 he called Litha. Ron was an airline pilot and wanted to follow the nautical tradition of naming his ship for his wife, who was flight attendant. She wasn't having it, so he rechristened her Oh Miss. Ron explored British Columbia before sailing down the coast to San Francisco. We first laid eyes on her as Oh Miss while we were on a dock walk in Berkeley Marina, some five years before she became ours. We laughed at the impossibility of owning such an extraordinary cruising boat. We kept an eye on her, but a short time later she disappeared. Ron had sold her to David Brooks, who moved her to Marina Bay Yacht Harbor in Richmond and renamed her Myyachi, after his kids. All three previous owners took phenomenal care of the boat and made sensible choices about maintenance and upgrades, making it wonderfully difficult to discern her 18 years.

A couple years later, our circumstances had changed and we began seriously considering selling the house and going all-in on cruising. We were astonished to discover a Hallberg-Rassy 39 for sale right up in Richmond. Ten minutes into our first tour, it was our broker, the incomparable Allison Lehman, who revealed that we were sitting on the very boat we used to dream about on our dock walks. A few months later, she was ours!

Thanks to Dan Ancona, Gabe Benveniste, and Tanya Koster for photos of Rejoice.