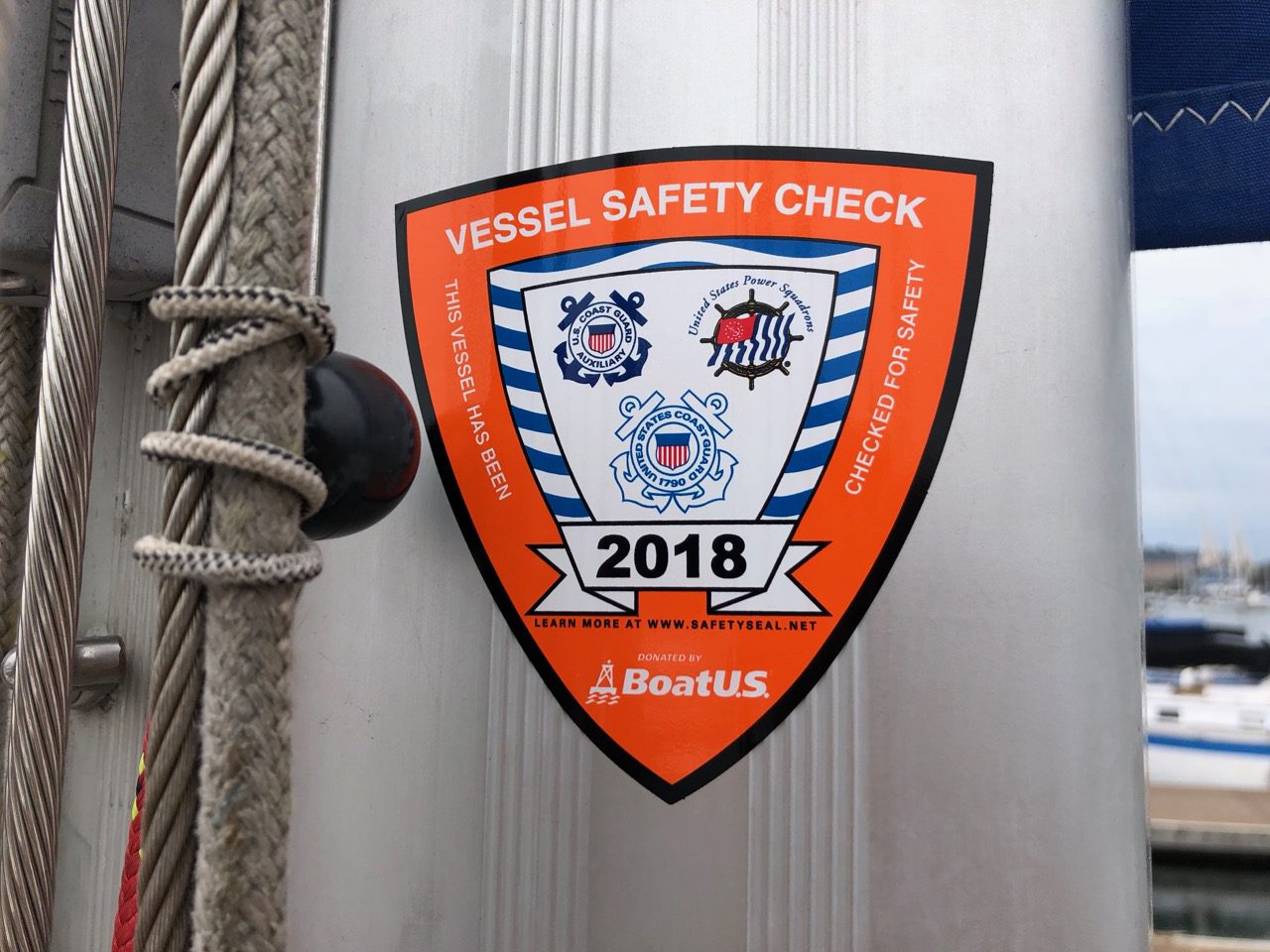 Last week, we had our Bon Voyage Party on Thursday, returned the car we'd been loaned for the past month Friday, and took some of our house family from San Francisco out on the water Saturday. At that point, the most wonderful ease descended upon on us. All our obligations to anything other than our ship are fulfilled. We are adoring these final preparations. That doesn't mean it's all easy or going smoothly; projects on boats rarely go as one plans. I find myself often contemplating the words of Sven Yrvind from one of Lloyd Kahn's beautiful books on alternative homes: Tiny Homes on the Move: Wheels and Water. Sven has spent much of his long life aboard small boats. He said that "Most people misunderstand life. Money does not make you happy. Comfort does not make you happy."

These days are so demanding, and so satisfying. They have an inherent sense of rightness that brings us deep peace. The lists, as everyone says, have the amazing capacity to grow longer even as we cross things off of them; the more we do, the more there is to do. The doing is often physically and intellectually demanding. Within this, our skills and our peace are increasing steadily, as is the wellness of our lovely 'joice. We know her better and better, and look so deeply forward to being alone with her at sea and at anchor rather than tied to this dock!

As we prepare to depart, we are held so sweetly by our community at Marina Bay, where many folks are preparing as we are, and cameraderie is strong. Our dear next-dock neighbors departed at first light on Tuesday, heading north. The empty space beside us feels sparkly and symbolic, and they've emailed to let us know their journey has been safe. Two other boats on our dock are heading out soon.

Some of our heroes in sailing are Lin and Larry Pardey, who had grand adventures aboard their engineless 24' Seraffyn and then 29' Taleisin (Rejoice is 40', and has a fat diesel engine). The Pardeys circled the globe in both directions and Lin's writing about their adventures was a big inspiration to many, many people in the 1970's heyday of sailing. Lin and Larry's teaching has guided generations of sailors. There are two sayings for which these fine folks are most often quoted. "Go small, go simple, go now." and "As long as it's fun." They are also known for declining to share their plans, usually with the phrase "as long as it's fun!"

We've reached that point! As some of you know, friends of ours are headed to Half Moon Bay tomorrow, Friday, and invited us; we'd aimed to join them, as the company and the deadline both sounded great. That isn't turning out to be a reasonable timeline, though, and we aren't going to publicly set a new one. Are we leaving? Yes! Are we leaving really soon? Yes! Do we have time to come play? Nope!

It seems hard for some folks not to know precisely when we are leaving. If you love us, it will be useful to know that precision is not going to be common in our life from now on! Sailors travel by the winds and waters, and our schedule is dictated not only by our wishes and plans, but also by the state of the atmosphere and the flow of Earth's waters. For instance, here, we need to finish our preparations, keep an eye on the weather, and look for a day with the appropriate currents for sailing out through the Golden Gate -- you want to sail out while the current is flowing out, because otherwise it's rather like running up the down escalator as the big ocean flows quickly into the Bay through the bottleneck of the Gate. We want to depart with a slack or ebbing current early in the day so that we have lots of daylight ahead for the approximately 4 hour sail from the Golden Gate to Half Moon Bay. We'd like the sky to be lit for our first coastal passage in Rejoice; first I'll get used to being offshore under sail in daylight, then at night. I know that when you are used to living in a world that is ordered entirely by human clocks and wills, not having a precise time can be anxiety-producing, but by declining to make our ideas the main driver of the plan and focusing on the readiness of the ship and the planet, we are far, far safer than we would be otherwise!

Speaking of safety, we had a visit from the Coast Guard today! The Coast Guard has the right to board and examine boats at any time. They also offer free Vessel Safety checks as a courtesy, and we scheduled one this morning. There is now a sticker on our mast which says the Coast Guard has been on our boat and we've passed our inspection. It's a very mundane level of safety (you have flares, you have life jackets, your boat is not filling with water, your paperwork is in order), but if the Coast Guard does see us and consider a safety inspection boarding, they will view our mast and see we're all set. A little up-front investment of effort for ease in the future!

When we depart, we have friends and family ashore who will know our exact plans. We will have all sorts of communication options in the event of emergency. Cell phones and internet are going to be spotty as we hop down the coast, and we'll be very busy. We will share as we can. Please assume that we are safe, happy, and well unless you hear otherwise. If you are not hearing from us, it is far more likely that we are busy or don't have internet than that anything is wrong.

May we all be free.

Oh, you wonderful, wonderful creatures! Thank you, thank you, thank you. We were nervous about our Bon Voyage Party. It seemed possible that we might just sit amongst you all and sob, which would not be fun for anyone. My heart-sister Eleni…

ten·der adjective showing gentleness and concern or sympathy. (of food) easy to cut or chew; not tough. verb offer or present (something) formally. noun an offer to carry out work, supply goods, or buy land, shares, or another asset at a…