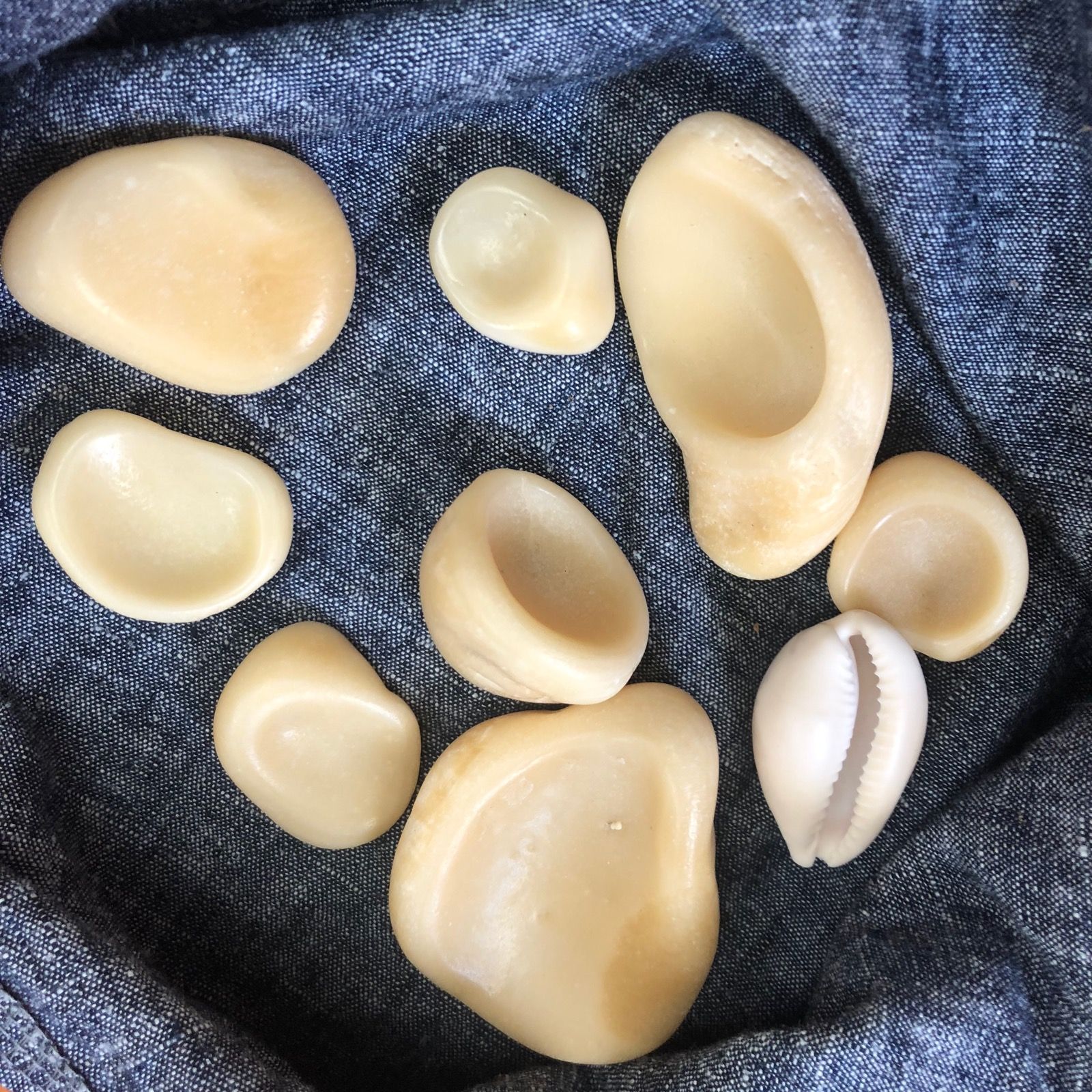 A few nights ago in the dreamtime, James and I were in the forest sitting at the top of a slide. A deep, narrow ravine was quite near and a pair of huge red wolves were running along its far side. They jumped across and a man ran toward them, waving his arms to scare them off. I marveled at how brave he was to rush wolves, and then there was a wolf beside me, opening its mouth wide. It closed its jaws around my right arm just below the elbow.

I couldn't see the slide, though I knew we were on a slide. Come to think of it, I never saw James, though I knew we were together. We are almost always together now. What I saw was just the forest, gloriously green to my eyes after ten months on the water, that fleeting stranger's back, and these wolves, who became a wolf.

Red wolf was gorgeous. His teeth were large, long, and curved; I could see them clearly as he held my arm, lips drawn back. His teeth were sharp, but I was wearing a heavy coat and he wasn't biting down. I wasn't screaming; it wasn't a nightmare. I was on bright high alert, all the details were glistening, and time was quite slow, the way things get when you feel pure fear without anxiety's rush. There was simply this endless moment in which Red Wolf was holding onto me with his teeth, like my cat Miss Oh used to do sometimes; it always seemed like she was saying: GOTCHA. MINE. notbitingdown notbitingdown. The red wolf was looking right into my eyes. We were deeply-together.

I do not often ponder the symbolic meaning of my dreams, but this one called to my heart. I asked myself: what do wolves represent in my inner world? Wildness. An interesting kind of wildness, too, because dogs come from wolves, are the descendants of the wolves who chose us or were chosen by us. Are wolves, then, those who chose not to come to our fires? And what did it mean to be – not bitten, and not even grabbed, but – held, held and spoken to by this wolf? Not that there were words, but that we were together, and that there was meaning in his presence and his action. I hear it as being claimed by the wild. Wildness came to me and held me.

Here we are, back in sweet La Paz, winding down our first season of cruising at sea. Hurricane season is underway and Rejoice will spend it tucked away in the most caring marina we have yet to meet, looked after by a fellow we met last autumn whose family has minded boats for 20 years. We're the midst of zillions of projects to leave our darling safe and well-prepared for our return. As we work, we're thinking a lot about the path that brought us here.

As you can see, I recorded our journeys through Isla Isabel in March, and then we fell into the wild. We spent more time on the hook (at anchor). We kayaked at midnight under the full moon in the cove between Isla Partida and Isla Espiritu Santo. We began to explore freediving. James has developed his own language of chirps and whistles for talking to birds; they clearly listen, and some respond. We dragged anchor for the first time – just 50 feet, and then it reset – in an unforecast 35 knot blow (40.7mph/64.82kph). I spent the sunset hour that day dancing to the wind in the cockpit. We sleep all over now, like cats, depending upon the conditions and our mood: out in the cockpit under the stars, snuggled together down in our cozy berth, on the settees in the saloon (the couch-benches in the main cabin) in the heavy afternoon heat.

When we were aiming at this year on the water, we said: THE PLAN IS NO PLAN. We said: We're going to set down our city life and not make a decision about what happens next until we've been out there for a year. Of course, us-who-was-saying-that didn't understand how fully sailing plans conform to the earth and her seas and her seasons, so we're a little early, but we can say for certain: this is how we wish to live for the next phase of life.

If you've ever been in the wild with me or have been to my house, you know I'm a gatherer. I pick up pine cones and feathers and stones; our house when we had one became over the years filled more with bones and branches than anything other than books and plants. Our boat is not a large boat. Rejoice is not a tiny boat, and she's a very fine ship, but she's not huge, and she's designed for crossing oceans. There isn't really anywhere to display things, and I'm lighter than I was; I carry less.

Just one time this season, I gathered shells on the beach. It was our last day on the beach before we returned to shore for the summer hurricane season. I fell in love with these, which are a small part of something that was once much larger. This is what's left. This creature was born, grew to full size, lived a full life, died, and then this part of it was washed over the seabed by waves. Over and over and over and over. In yoga, we cherish tapas, which is often defined as accepting discomfort for the purpose of purification. A kind of austerity. The master of one of the lineages in which I have studied called it the rubbing and scrubbing and likened it to scrubbing laundry, which always makes me think of the the saddhus (monks) standing nearly naked in Ma Ganga, washing the one robe that they own.

This shell is what is left. This shell is what is left after one life ends and another has begun. I love to hold them and slip my thumb into and out of that little hollow, over and over. I think of my grandfather, and the faceless quarter he showed me once, which he carried in his pocket for... I do not know how long, washed clean of all that was stamped into it by the gentle diligence of his thumb.

I'll be teaching this summer! I've got an 8 week meditation course that you can take from anywhere you may be July-August, and a pair of meditation retreats in Oakland, California; two days July 13/14 and a daylong August 17.

Meditation Retreats: This Spaciousness That You Are

Come. Let go. Turn inward and be nourished! A period of deep practice is a wonderful way to learn how to meditate, to reignite the fires of a sluggish or lapsed practice, and to refresh and heal.…

I found them breathtaking from the start, appearing in their in elegant soaring congregations hundreds of feet above us, welcoming us to the waters of Pacific Mexico as we made our way around Cabo San Lucas.…