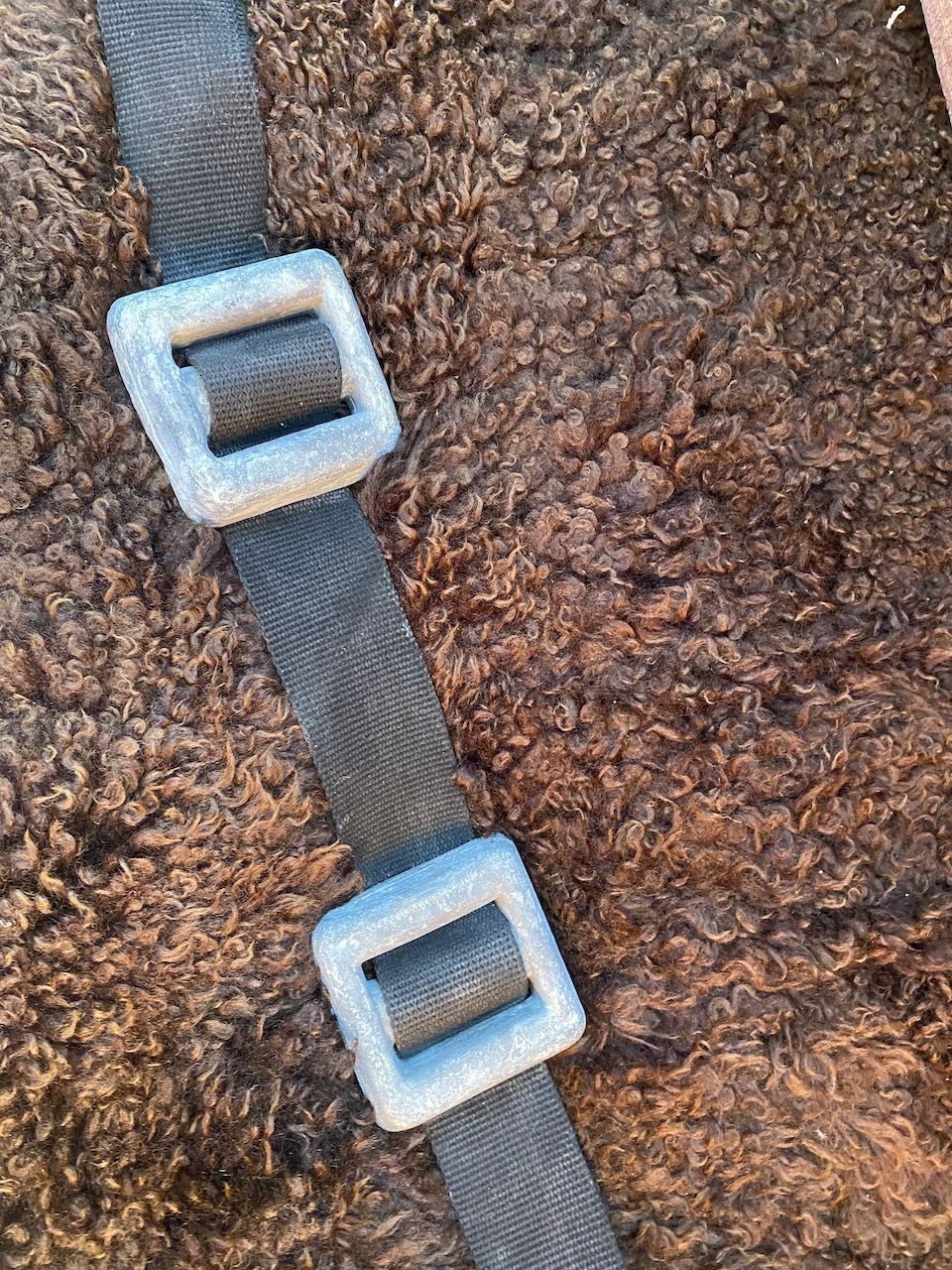 This is a series of nested stories. None is a big deal, but together they are a tapestry of the sweet small-town life that's evolved for us spending the pandemic at dock in La Cruz.

The top photo is of a weight belt. They are used in diving to counter the body's natural buoyancy. I wanted one for freediving and to help me get under Rejoice so I can clean her hull after we leave.

This weekend, SV Isleña offered diving gear for sale on the morning VHF radio net. Someone else and I tried to respond and figured out that we could hear Isleña, but they could not hear us. Today when this happened again, I walked over to Isleña, which I now knew was up the dock. Their belt wasn't right for me, but we had a nice chat; we were meeting for the first time, as they arrived during our trip to the US. I said that James thought their radio was set for international and not US frequencies based on the reception pattern. He walked past just then and offered to test with them when he came back from shore.

When James came back, the man who maintains the boat next to Isleña called to him. Richardo had heard me looking at a dive belt. He had one laid out on the dock for me to take a look at.

James commenced the radio test with Isleña, which verified the issue, an easily sorted one; it's just a setting to fix. I went to talk to Ricardo about his belt. It was VERY nice and it turned out he didn't want to sell it -- he thought I needed one for a dive trip or something and was offering to loan it to me.

While Ricardo and I were talking our neighbor Wally came by, overheard us, and said he had one for me. After living on the dock for 10 years, he's moving onto land and getting rid of his stuff. So now I have a free weight belt, free. And Ricardo and I are closer for his generous offer which showed trust in me, and Isleña has their radio sorted, and Wally has one less unnecessary object and I have this sweet memento of Wally.

While I was on the dock washing down my new weight belt, Elinor walked by. I asked if she and John were leaving this morning to head south, where they like to spend the winter. She said yes, in just a few minutes, and could we perhaps help with Nakamal's docklines at their departure?

When we arrived here for a month -- two years ago -- we were docked beside John and Elinor. They left for this annual southward trip a couple days after our arrival, and I remember watching the people waving them off from the dock when they left.  And now here I was, giving their stern a good shove with my neighbor Pete, who had seen departure was afoot and come to help out while James managed the bowline.

Cat and I have a date to paddleboard at sunset today. I often see Pete out paddling solo in the afternoons, so I invited him to join us.

Grounding Retreat 2021: As You Wish

Our 15th autumn Grounding retreat will be luscious, flexible, and easeful. We’ll be trying something radical: there are absolutely no requirements. I will offer a simple menu of delicious resources. You are welcome to enjoy whatever feels right for you, in whatever way your own heart guides you.…

Why I Paddle and Sing the Sun Up and Down

This one's all about the glorious images, friends.…