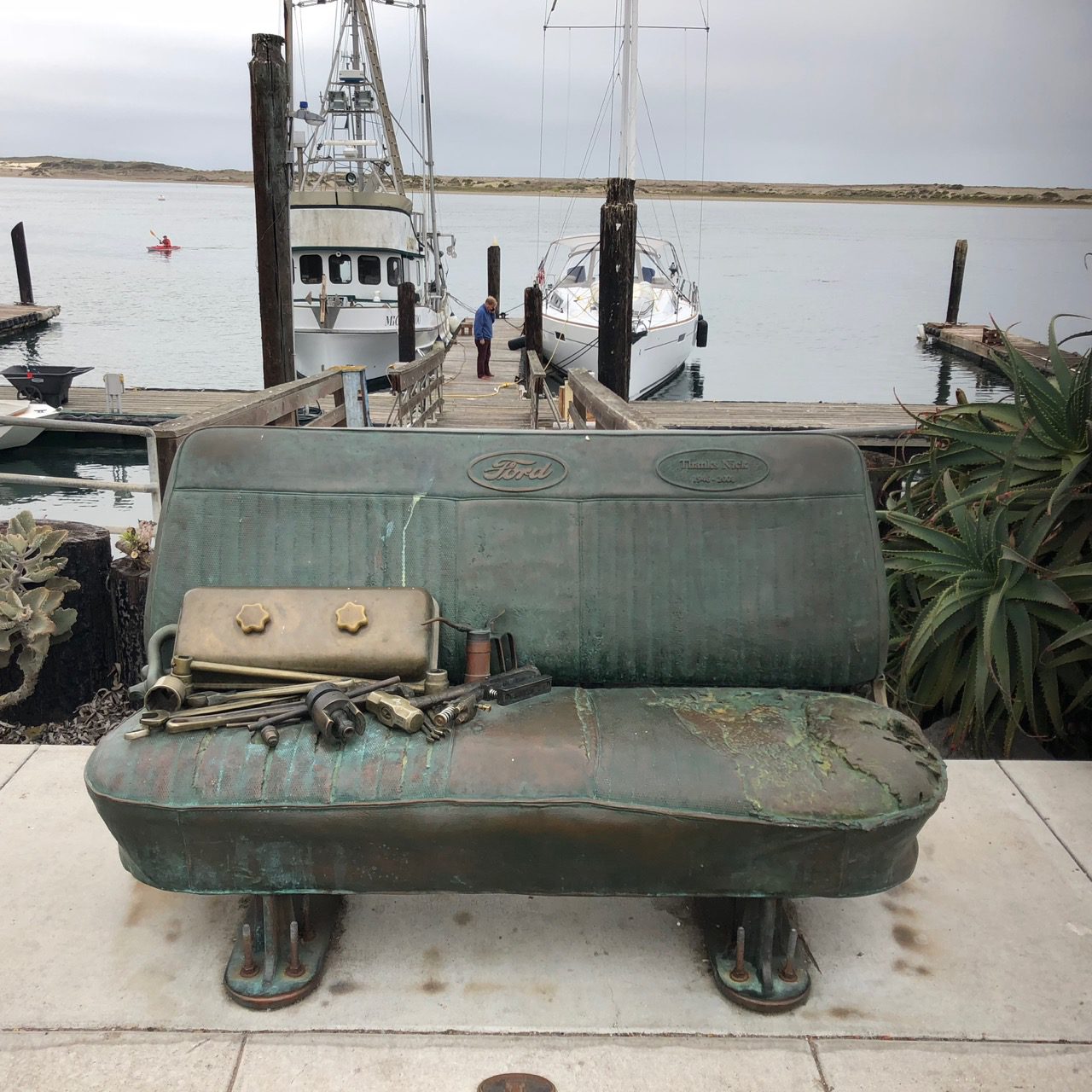 James and Dan and I went out for food after our 24.5 passage from Monterey to Morro Bay. I am REALLY looking forward to telling you that story, but it's in progress, and I want to tell you this one in the meantime. We had sailed overnight in freezing cold and through heavy fog. We were euphoric to be landed and were staggering about looking at restaurants, deciding where we wanted to eat our celebratory meal. We stopped for a moment to admire a very unique piece of public art.

Pyrate Steve saw us looking at the statue at the top of this post. Pyrate Steve was dressed very much like Captain Jack Sparrow, and we had seen him earlier along our walk along the busy Sunday afternoon waterfront doing a joyous job of playing pirate with a little girl, like he did with this one:

Steve asked for nothing for this story; he was simply glad to tell it and keep it alive.

Nick Howell was known in Monterey as Nick the Diesel Jesus, Steve said, because "he kept the whole fleet running." Nick was the best diesel mechanic in town, and in a town where a lot of the folks earn their living by fishing, motors mean lives. Another nearby bronze, for instance, says, Please respect and honor the fisherman's family sculpture. Many families have stood in this very spot, in good times and in bad, to watch their family members head out and return from the sea. 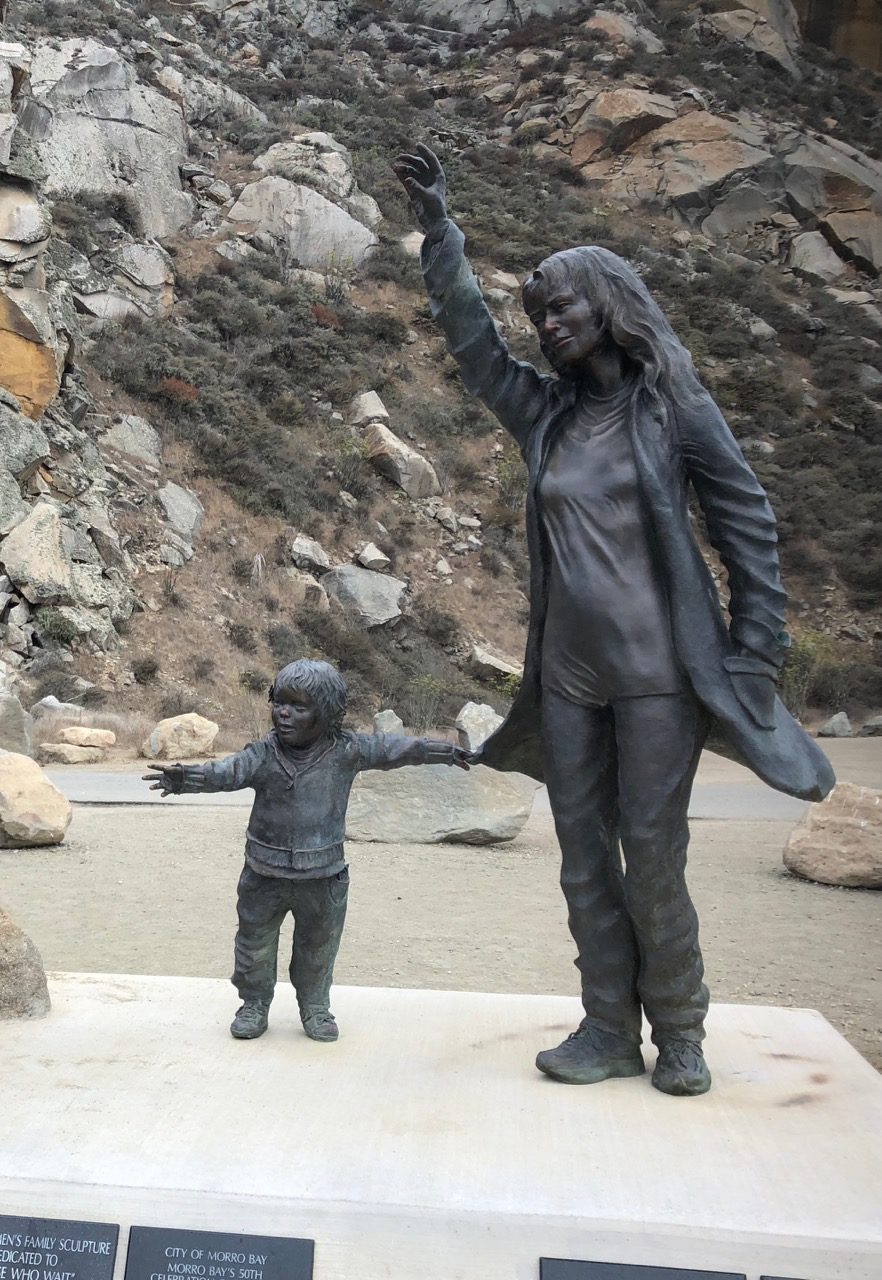 Nick kept the fleet running, so he kept kept a lot of people safe. He was greatly loved and widely respected. When Nick died, folks ripped the front seat out of his truck and HAD IT BRONZED in tribute. 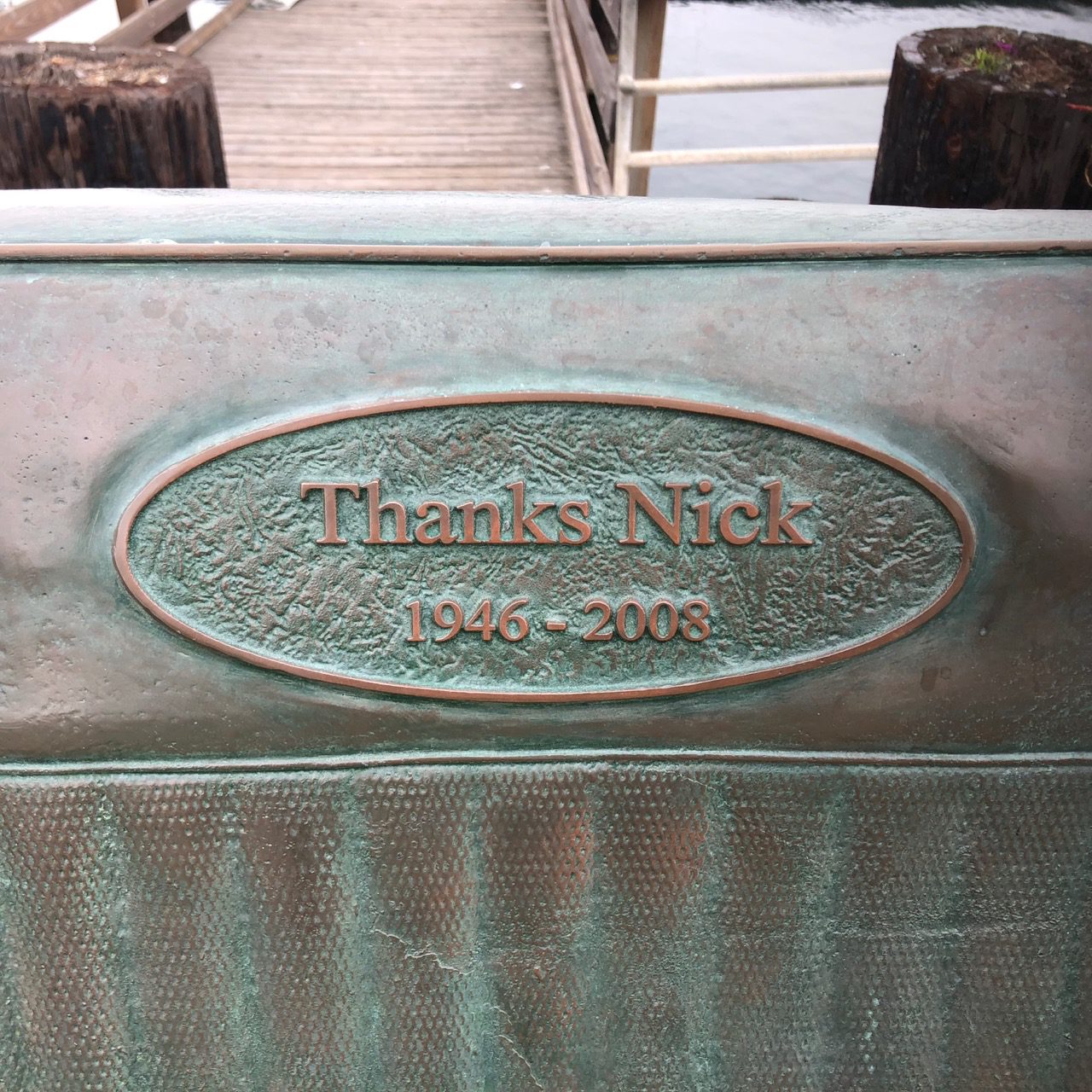 Some more about Nick.

This amazing community has gathered around Steve as well.

Half Moon Bay to Monterey

Since coastal cruising is new to us, we are doing our best to stay wide open, clear, and limit our expectations. We set out for the Golden Gate on Friday morning with minimal fanfare, just texting a few friends late the night…

When one secures a boat, there are several ways this can happen. Anchoring: You use your anchor! Because humans have been sailing for a very long time, there are resources that tell where safe anchorages are. When anchoring, it is necessary to…