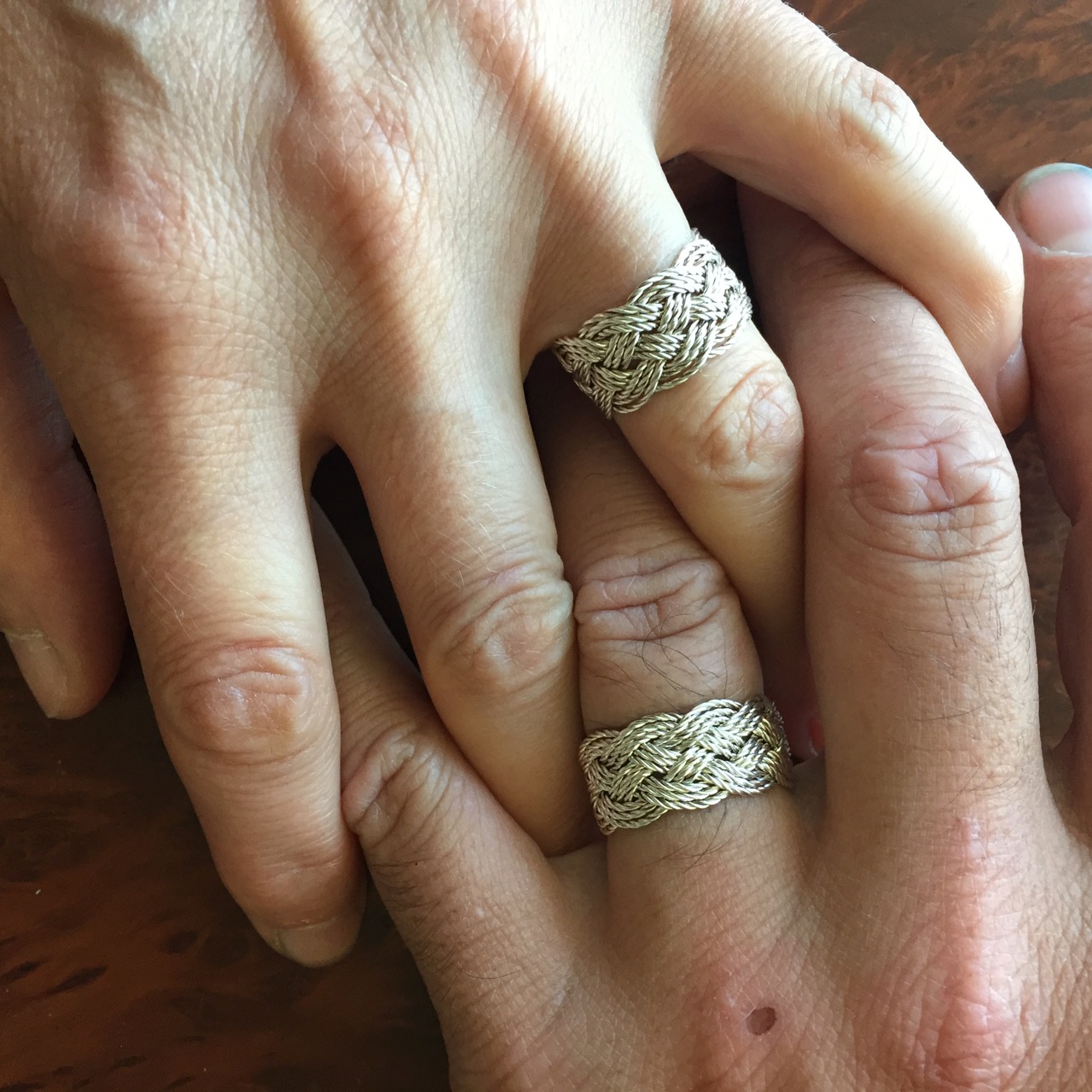 Once the realization is accepted that even between the closest human beings infinite distances continue, a wonderful living side by side can grow, if they succeed in loving the distance between them which makes it possible for each to see the other whole against the sky. — Rainer Maria Rilke

James and I are both introverts who really love people. Before our journey, the fact that we are naturally sleep-shifted by several hours (I'm a lark, he's an owl) and had very different sorts of work in the world provided us with abundant personal space. When we lived in San Francisco, we chose to spend a lot of our weekend time at home, each engaged in our own projects. We used to think of this as time alone or solitude. As we transitioned from our busy city career life to our sea life, though, we went through several phases where work got lesser and spaces got smaller as we moved from a big Edwardian flat to an 850 square foot one bedroom to the boat and a series of house sits. We were surprised and interested to notice that as the spaces drew us physically closer, we still felt great; "being alone" wasn't exactly what we needed for rejuvenation in the way we'd thought it was.

Last week we had a breakthrough in understanding this. We'd been underway for three weeks, and this meant that pretty much every moment, waking and sleeping, we were moving in tandem: long hours of sailing together and discussing who would do what, then stopping and planning our route and our time and our tasks, planning our sleep arrangements based on who would need to get up firs (one of us has to crawl over the other to get out of our berth), waking together in the night at a funny sound and dashing out to check the anchor. We function well as a unit and enjoy doing so, but this was an unusually extended period of that constant interconnection.

For a few days, I noticed that James was being a little short with me. This is unusual. I thought that he needed some time alone, but when I asked, he said he did not. Still, things were a little bristly, so when I could, I planned some errands which would give us a day of breathing room. James planned his own projects. We were going to meet up with some friends later, and things shifted so that we both ended up staying at the boat, but since we hadn't planned on being together, we just each went about doing some projects without touching base about time or plans for many hours.

At the end of the afternoon, we both felt fantastic. We'd only been a few feet apart all day, but we each did exactly as we wished and since things had been a little bristly, we gave kind space instead of friendly-interweaving. Do you want to have a snack? Should we listen to some music? How's your project going, dear? Nope, instead, we just drifted apart silently, spent some time, drifted back. James said that this was a perfect reboot for him; that he didn't need to be alone, he just needed to totally do his own thing. This reminded me of a concept from early childhood development when babies are not yet capable of interacting socially with one another but they enjoy playing side by side, each building with blocks or banging spoons or something. It's called parallel play

When I learned about parallel play, it was taught with language like this, "This is considered an early stage in child development, characterized by egocentric behavior and the inability to decenter and coordinate with the activities of a 'playmate". (Conrad, Peter (1997). "Parallel Play in Medical Anthropology and Medical Sociology". 28.: 91.) (I have not made academic citations in decades and simply lifted this one from Wikipedia; corrections upon modern style are welcome.) Parallel play in children is spoken of as unskillful, pre-social; however, for us as adults, it has become a loving and constructive concept.

What James and I realized was that while we do indeed each have a great love of solitude, we had been lumping together all of our introvert needs under that name, and much of what we needed was not to be alone, but to be entirely self-determined, free of the need to coordinate. We need space to be autonomous and freely spontaneous. We excitedy agreed that parallel play was a great new phrase to add to our family lexicon, making questions like, "Hey babe, how do you feel about a parallel play day today?" a way to express the need to decouple. Looking back, it's easy now to see that this has always been a hallmark of our "alone" time -- engaging quietly in our own inner lives in parallel.

We love how, in this way, marriage is a microcosm of being: the use of good personal boundaries within healthy communion, balancing the need to belong and the need to individuate, the awareness that we are this little thing that leads its own life and that also there is only one of us in all-that-is... the individual self and the cosmic Self, the yogis would say. As we explore intimacy and freedom, we continue to find that honesty, curiosity, and compassion are the best tools. And we'd love, as ever, to hear in the discussion the kinds of thoughts this inspires for you.

Our silver Turk's Head Knot wedding rings are from Sou'wester Knots. We adore them! They are for dress; we sail with bare or gloved hands; no rings, as they can snag and cause serious injury. (Yes, we know about silicone rings. Lots of people love them; just not our style.)

One of the things we are asked about often is how we eat on Rejoice. The answer is: very well! Nourishment is a primary activity and a great pleasure for us. My body has some interesting ideas about food, which is common…

In Marina del Rey we stayed at the guest docks of Burton Chace Park. This was our first time at a park; we've docked at marinas and a yacht club, we've rafted and we've anchored. This was a little strip of guest…